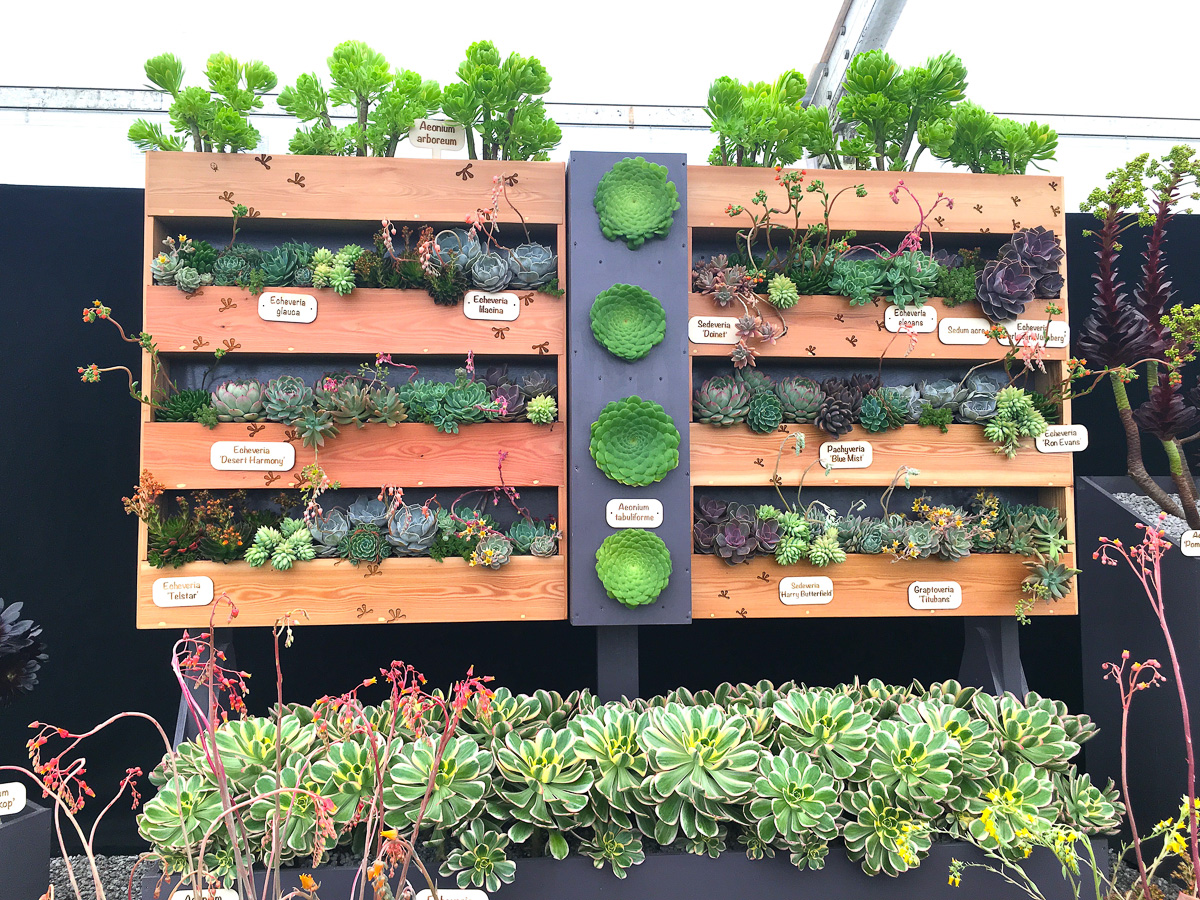 Last year Surreal Succulents were excited to be exhibiting for the first time at the RHS shows. This was a new challenge for us as we are new to showing plants at this level. We wanted to showcase the colour, texture and form and highlight how well they work in a garden setting together. We came up with a contemporary display garden theme that would suit any small space such as a yard, patio or balcony garden. With of course  its’s own Surreal Succulents style.

We decided to design and make some features for our show stand including our bespoke vertical succulent garden, succulent chaise longe and also corten steel planters. With a contemporary designer theme, we wanted to show how you can squeeze lots of plants into a small space.  Using existing walls or furniture with space for plants designed into it to take up as little room as possible.

We were delighted to be approached by BBC Gardener’s World as they wanted to do a feature on us preparing for the show and film the final display garden. This was fantastic news for us but the pressure was on. 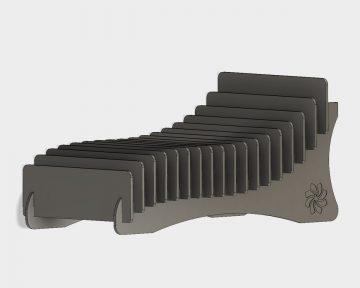 Mark came up with the design of the vertical garden and succulent chaise lounge.  The succulent chaise lounge was inspired by the amazing repetitive patterns found in succulents and the design was certainly surreal. It was a concept piece that is actually comfier than it looks. We planted the head rest with Aeonium ‘Cyclops’ as these grow giant rosettes on the end of large upright stems, these looked like sun parasols. We also mounted multiple Aeonium tabuliforme vertically into the design.

The vertical garden was designed with the idea that if you only have a small wall space you can still enjoy a wonderful colourful succulent garden. We added some laser etched foot prints to make the design more surreal and add a different texture to the show piece. This was planted up with our Echeveria collection and looked amazing.

We then made and planted some large planters to show how a raised bed or a rockery/gravel garden might look when planted up with amazing succulents. Our feature plants were the Aloe polyphylla, Aeonium ‘Pomegranate’ , Aeonium ‘Velour’, Aeonium ‘Ice Warrior’ and Aeonium ‘Sunburst’. 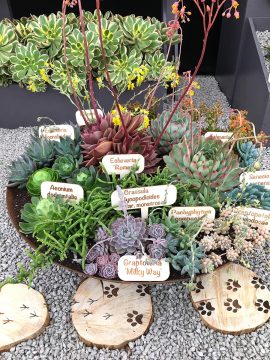 Our large corten steel bowls were planted up with our Surreal Succulents hybrids and large Echeveria’s from our collection. These were a great edition to the stand, and were a massive hit with the visitors.

We finished the set up with only 10 minutes to spare, It looked amazing and we were so pleased with it. All the features worked well and the colours of the planters and wooden textures went really well with the plants.

The next morning we were met by the BBC producers and it was at this point we received our medal. A silver gilt, we were so happy and delighted as this was our first RHS silver gilt we had ever received. It was so nice to share this experience with the BBC team as they had met us before and filmed at the nursery to cover the feature, they were really rooting for us.

The show opened and we were filmed with the legendary Adam Frost, It was amazing to chat with him before filming. Adam said he had seen our feature covering our nursery and he really enjoyed it.

A short while later we also met Carol Klein who was very popular at the show. The floral Marquee soon filled and the atmosphere was buzzing. It was amazing watching the crowds of people taking pictures selfies and popping their pictures on Facebook and Instagram.

We felt a massive sense of achievement but the best bit was meeting all of you that visited the show. We loved everyone getting inspired by our garden and buying our succulents. 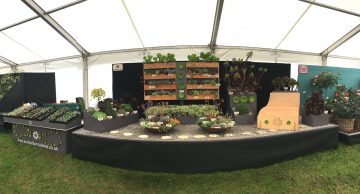 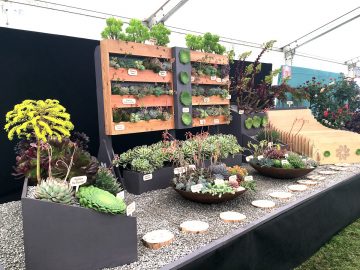 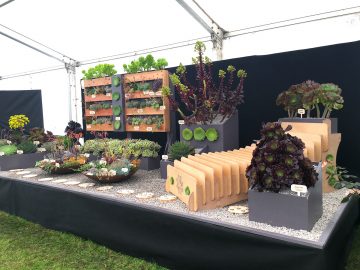 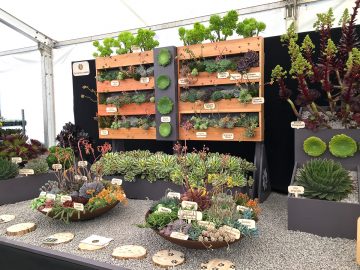 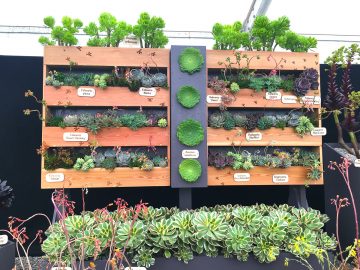 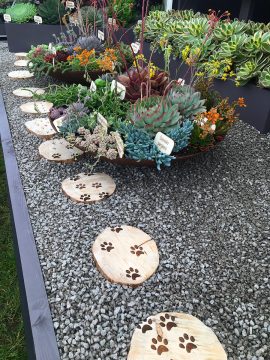 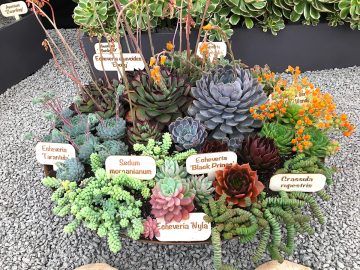 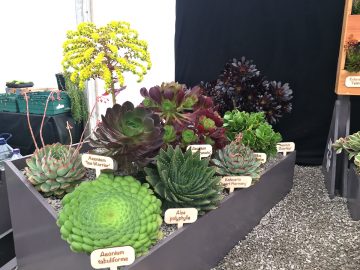 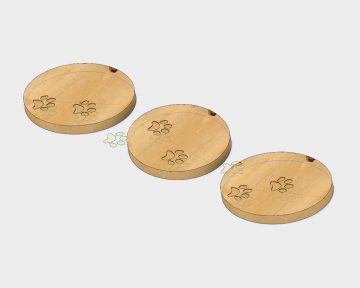 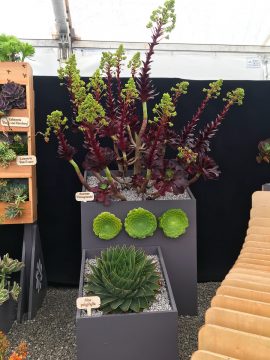 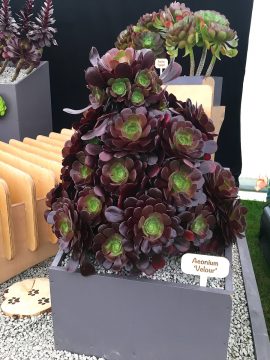 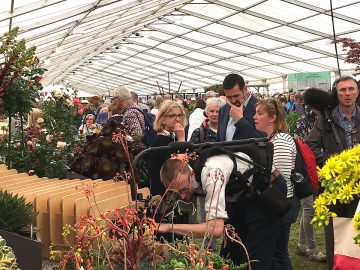 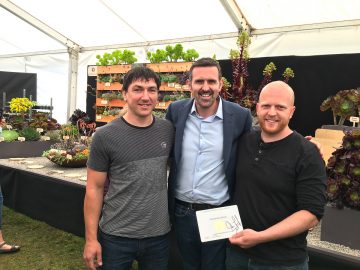 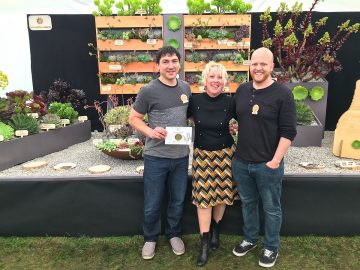 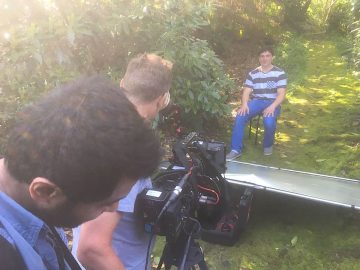 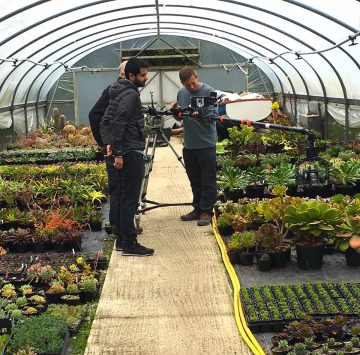 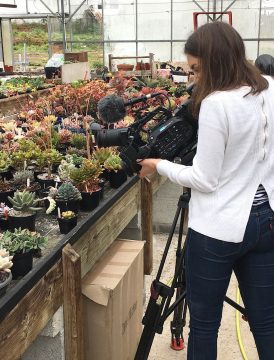